Wherein we hear from Chastity Belt (Hardly Art recording artist) about the discomforts and contentments of touring Europe in a not-too-large RV, and get a sense of how they operate as a band; and we talk to Mike Kunka of upcoming (and long-time-coming!) Sub Pop recording project Mike and the Melvins about the story of Three Men and a Baby (the M&tM record, not the Steve Guttenberg flick), Suzanne Vega, parenting vs. playing music, and so much more.

As ever, season one, episode nine of the Sub Pop Podcast is delivered to our modest(-ly sized) but not too dedicated audience (i.e., YOU) by producers/hosts Alissa Atkins and Arwen Nicks from Sub Pop's own pocket-sized, burlap-lined (though pleasingly lit) podcast studio.

Even if you’ve not “been there, done that” (yet?), you can still get the water bottle to prove it (or at least something that will hold liquid). If that’s not quite your speed, nothing says “Sub Pop” like a t-shirt that literally only says “Sub Pop”.

OK! With our commercial obligation fulfilled, let’s get started with Chastity Belt! As mentioned in the show, what we heard from Chastity Belt is the second interview we conducted with them, the first, “lost” interview being done just prior to the European tour that’s the topic of their segment. The interested and/or prone-to-musing listener might wonder, “Will I ever hear this ‘lost’ interview?” I can’t answer that. I’m curious, too. Mostly I want to know if they listened to the Lord of the Rings books on tapes on the tour. (Which of course that first interview could not possibly answer…)

Chastity Belt’s most recent album (from the perspective of the edge of winter turning to spring, 2016) is Time to Go Home on Hardly Art. It’s a fantastic album, and everyone who hears it loves it. 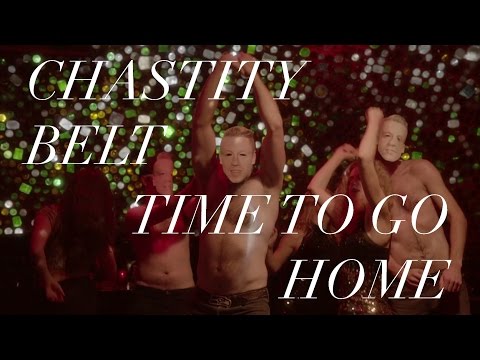 Of many highlights, let’s sample “Time to Go Home” (I know… it’s boring to pick the title track. Sue me!).

Of many highlights, let’s sample “Time to Go Home” (I know… it’s boring to pick the title track. Sue me!).

Chastity Belt recently toured with Hardly Art labelmates Protomartyr. Besides killing it in every venue they played, “media outlets” were falling all over themselves to write about and publish photos of these two acts. Check out what I’m talking about.

To save you the trouble of google mapping it, here’s what the drive from Bristol, UK to Barcelona looks like. That’s a lot of ground to cover in one day, even if you aren’t gassed and robbed in the middle of it.

Can we learn anything about the habits of bandits operating in France vs. bandits operating in the Barcelona region of Spain/Catalonia from Chastity Belt’s experience? The French technique is more sinister and carries more risk of something really really bad happening (I for one am really glad Chastity Belt didn’t have their organs harvested, for instance), but the thieves “only” took money. They didn’t even leave a mess behind. The physical proximity of thief to victim(s) is the wildcard there, and what renders the scenario particularly disturbing. In Barcelona, I’d guess the thieves wouldn’t have robbed an occupied van (perhaps lacking the sophistication of their French counterparts). If that’s true, there’s very little chance of bodily harm (which is nice)… but the vehicle was torn apart, which for a touring band can be highly problematic.

Either way is a drag. I don’t think we can draw any conclusions. Let’s be glad that Chastity Belt made it through all of it relatively unscathed.

As mentioned, the members of Chastity Belt all went to college together at Whitman College in Walla Walla, WA (which is suuuuuper far away from Seattle). Here’s the documentary Arwen mentioned from their school daze. 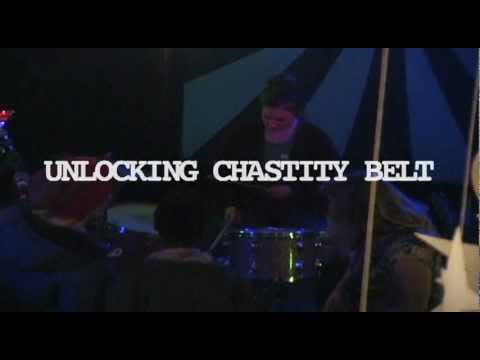 A short documentary about Chastity Belt made in the spring of 2012 by Alex Folkerth, Amanda Villasenor, and Jack Gretsch.

A short documentary about Chastity Belt made in the spring of 2012 by Alex Folkerth, Amanda Villasenor, and Jack Gretsch.

I hope that by now Ben Gibbard and the entirety of Chastity Belt have cleared a time in their schedules and made brunch a reality!

Moving on, let’s learn a little bit about Mike Kunka. Here he is the mid-90s (?) at the actual physical Sub Pop Mega Mart that used to be on 2nd Avenue in downtown Seattle.

Where to start… Let’s start with day one. Mike is from Fargo, North Dakota where he and Dan Haugh started godheadSilo. godheadSilo moved to Olympia, WA in the early 1990s (it was the thing to do at the time) and put out a handful of releases on Kill Rock Stars before becoming a… you guessed it, Sub Pop recording artist, making two full length records for the label before being forced into hiatus by Dan severely injuring his arm :(

Take a gander at my poorly shot photo of the original artwork from the final godheadSilo record Share the Fantasy hanging on the wall at Sub Pop HQ. This painting is about 5 inches square. Look at the detail (or imagine it – sorry about the image quality) and ponder that!

After godheadSilo (who are, I neglected to mention earlier, a really really great band), Mike formed Enemymine who released two records, the first on K Records, then The Ice in Me on Up Records. (There’s an Up Records / Sub Pop connection – we hope to tell that story in a future podcast episode.) 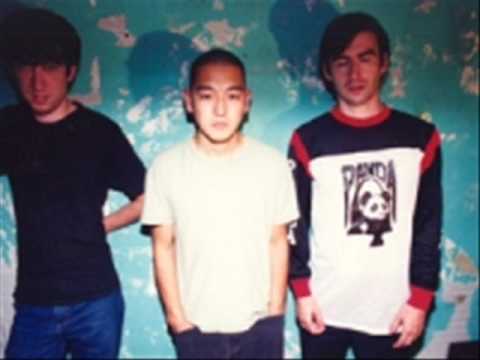 Enemymine “Day One” from The Ice in Me.

Enemymine “Day One” from The Ice in Me.

After Enemymine, Mike was in Dead Low Tide and Smoke and Smoke, both groups featuring members of former Sub Pop recording artist The Murder City Devils.

And somewhere in there, Mike and the Melvins, the concept and the recordings, were born. And then about 16 years passed by. And a fan in Norway became disappointed. But that story is in the show.

In case you’re unfamiliar with Melvins, here’s a favorite of mine. It’s difficult to pick a representative song from a band that’s been around for 30+ years and has put out countless albums…

Here’s the “lead track” from the Mike and the Melvins record. 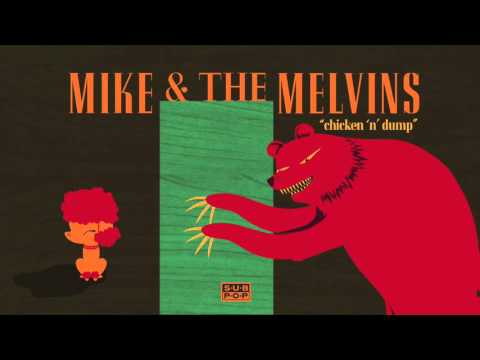 “Chicken ‘n’ Dump” from Three Men and a Baby.

“Chicken ‘n’ Dump” from Three Men and a Baby.

Here’s a short interview with Melvins’ King Buzzo where he talks a bit about the Mike and the Melvins record. Recommended reading.

Which brings us to Suzanne Vega. I’m incapable of adding to what Mike said in the interview. Refer to the tape. If you’re Suzanne Vega’s people, Mike Kunka wants to talk. Contact us at podcast@subpop.com and we’ll make the connection.

You deserve a prize if you’re still reading (and you’re not a blood relative to me or under the employ of Sub Pop Podcasting Corporation, LLC). We are almost done! So, speaking of blood relatives, we need to talk about Issaquah for a minute.

Issaquah, Washington, USA is a town about 15 miles east of Seattle in the foothills of the Cascades. (Full disclosure: I grew up in Issaquah. That’s why Issaquah is, for me, “speaking of blood relatives.”)

Let’s get this out of the way: the episode might give the impression that Mike Kunka is from Issaquah. In fact, he’s from North Dakota. But one of Mike’s three favorite musical things is from Issaquah: Afronauts! Issaquah is everywhere you look, if you know where to look. From Issaquah: four current and one former employee of Sub Pop, the early-mid 90s band Lync, Modest Mouse (not every member ever, but Isaac is, and more than one other member), Tiny Vipers, Afronauts (of course), Jerkbeast (discussed in episode six)(*), Boss Martians, annnnnd… more things I’m certainly forgetting.

(*: It’s no coincidence that Afronauts and Jerkbeast are both from Issaquah. They’re the same people. Afronauts have, from what I can gather, zero presence on the World Wide Web.)

Seen around Sub Pop HQ: Half of our displayed polaroids of the Olde (2nd Ave) Mega Mart:

And finally, two illustrations from John Atkins that we didn’t use for the main illustration.

Here’s to brains on fire. Until episode ten, take care!